Wrath of the Void

Wrath of the Void is a turn-based strategy game created by Hex Flareheart, originally run as a forum game starring a motley crew of dweebs and doofuses. Envisioned as a tactical three-way board game and inspired heavily by the likes of Disgaea and Paper Mario Reloaded, Wrath of the Void pitted three teams against each other in an asymmetric battle for dominance. Standard gameplay in the form of Core mode consists of two primary teams opposing each other with a third, smaller team in the equation to interfere with both. However, Wrath of the Void has had multiple modes of play besides Core created, though thus far the original is the only one to have been tested.

The first and currently only round of Wrath of the Void to be run was in forum game format, with Hex running via a combination of complicated... stuff, and a mapping program wholly not designed for use as a playspace. This resulted in the game eventually dropping, but the concept showed promise and has seen continued refinement ever since. Perhaps one day it'll finally return...

Wrath of the Void was originally developed by Hex, with some input from a couple other members of the community, most notably Impetus and Giga, who assisted with developing classes and even entire factions in the former's case, through much of the game's early span. Ultimately, by the time the game was officially run, three factions were finished, with four classes each; other factions and additional classes per would come later.

Originally, the game was meant to be run on a map called Rift Fortress, a linear map with Cores that had to be tackled sequentially, with the Heroes advancing and the Disciples retreating with each set of cores taken out. Ultimately, this map was set aside in favor of a different map, the Hellforge, a somewhat simpler map with a less linear progression, with Cores scattered around the map and a massive channel down the middle that would regularly flood with lava. The timing on said flooding was not very consistent. Thanks, Hex.

More map concepts were conceptualized, with additional modes coming into play alongside them; though almost none of these maps were actually formally developed. During this period, though, some things were reworked, including the item system, and additional classes were added to each faction for a total of eight per. Modes such as Guardian and Rift also came into play, though of course none of these were ever tested, as the Core mode game on Hellforge was never finished.

After dropping the existing run of the game, Hex continued to work on Wrath of the Void, eventually completely reimagining it with restructured and expanded factions, another item system rework utilizing a deck of cards instead of preset items per character, and more. The game's changed quite a bit... but I think you'll all still recognize it when it eventually returns.

As mentioned, Wrath of the Void is something of a strategy/tactics game; though previously it was specifically played with each player commanding a specific character, nowadays it's been adjusted to be able to be run by between 2 and 10 players, but not 7. Who commands what character depends on the number of players present; two players can face off in a duel of sorts, with one player commanding the Good team, and the other commanding the Evil faction, or command the teams can be split up between players when higher numbers are present, such as having two players on each team, each handling 2 characters.

Ultimately, regardless of how many people are playing, and who's in control of which characters, the game plays out fairly straightforward; in standard Core mode, the Good and Evil factions bring out 4 of their 8 classes, choosing one from each archetype. The Neutral faction, if present, brings out 2 of 8. From there, the game commences, starting with the Good faction's turn; each character from the faction on the field gets to move and take an action, not necessarily in that order. Once all characters from the Good faction make their moves, the Neutral faction's turn begins, and they do the same. After Neutral's done, Evil goes; and of course, after Evil finishes, it loops back around to Good. Fairly straightforward.

The actions a character can take vary from class to class, but at minimum each character will have two basic skills available to them from level 1, with their exact nature varying wildly, though typically classes within specific archetypes tend to have things in common with each other. Either way, unless otherwise stated, each character can use one of their skills once during their turn, and generally cannot split their movement; for instance, a character who can move 8 tiles in a single turn cannot move 4 tiles, shoot someone, and then move 4 tiles again. They can however stay still, shoot someone, and then move 8 tiles afterward. There are, of course, exceptions to both of these things, but they're on a class-by-class basis.

As implied previously, within the scope of a single game, there will generally be two or three factions in play; a 'Good' faction, an 'Evil' faction, and optionally a 'Neutral' faction. There are multiple choices for each of these factions, some of which may not be available on certain maps. Within the currently existing version of Wrath of the Void, there are three factions within each 'category', including the original three of Heroes (now Starguided) for Good, Disciples of the Void for Evil, and Freelancers for Neutral. At present, the other two factions within each group are... well, a mystery, but some can undoubtedly field a guess as to two of them.

Either way, each faction has 8 classes at their disposal, split between 4 archetypes; Warriors, fighters with short range and higher-than-average sturdiness, but often not much maneuverability; Casters, magic-oriented fighters with higher attack power and range but reduced durability and often extreme vulnerability in close quarters; Snipers, long-range fights specializing in hitting opponents from afar, with higher mobility at the cost of somewhat reduced survivability otherwise; and Specialists, fighters who don't conform to the other three roles, often taking more unconventional, support-oriented roles, such as summoning, buffing, and healing. Each faction has two classes of each archetype, with only one of each allowed to be fielded in a given game (with some exceptions- more on that later).

Notably, Evil factions have a special 9th class available to them- their Guardian, a large, powerful foe that appears in certain circumstances to assist its faction. This Guardian is generally part of their win condition, as it possesses power greater than any of them do, being capable of taking lives from characters that ordinarily don't lose lives when taken out.

The currently-existing factions within Wrath of the Void are as follows... though not all may be listed right now:

You may have noticed that the hidden factions have certain numbers of question marks to them; do not assume all of these are actually defined as of yet. Truth be told; they aren't. Two are currently in flux, and may need to be finalized once more. 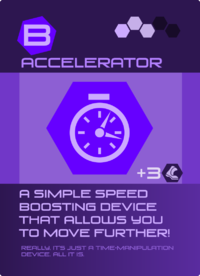 Each item has a rank to it; this rank is a number between 1 and 6, though only ranks 1 through 3 appear in the base game. As is likely expected, the higher the rank, the more rare and the more powerful a given item is. A rank 3 item is generally notably more powerful than a rank 1, but there are less rank 3 items overall than there are rank 1 items.

Though the way items are obtained varies by map, the way they interact with characters is largely the same; any character can pick up and hold up to 1 item of each class, with the exception of D class items, of which up to 3 can be carried. If a character already has the maximum number of items they can carry of a given class, and pick up another, they can choose to leave the item where it is, or discard their existing item in favor of the new one. While held, A-C class items all have their passive effects active for the character holding them, and any D class item the character holds can be used as their action on their turn. In the case of the currently-unimplemented E-Class items, one can be held at a time, and they are lost if the character dies.